This year’s Christmas party occurred on the afternoon of the 20th, a little later than years past. I thought I might need some extra time to prepare. It worked out great, since the cookie baking extravaganza was the weekend before our party and the girls let me take more of the cookies than they did, so I could stock the party buffet. And boy was it a well-stocked party buffet. Besides the 7 different kinds of cookies, we had steak and cheese empanadas (Costco), cocktail franks in a blanket (Costco), spinach florentine dip, queso, chips, veggie/fruit tray, cheese/cracker/summer sausage tray, rolls (Aric), Valdosta Nut Blend (snack mix containing pecans with sweet cranberrieds, black pepper and orange zest from Costco), pecan brittle (Kristy), and a Chocolate Mint Torte. Aric and Kristy came over early so Kristy could help me set up the buffet. We are truly blessed to have such good friends.

The turn out was really great. We had 23 adults and 9 kids, not counting ourselves, join us for the come-and-go festivities. It is so nice to get together and visit with family and friends. Jessica enjoyed the party, even though she was asleep for most of it; first on Stephanie’s shoulder and then on Evalyn’s shoulder. She wore her Christmas outfit and it was probably a bit warm, so that combined with the comfy shoulders made for a sleepy Jessica. 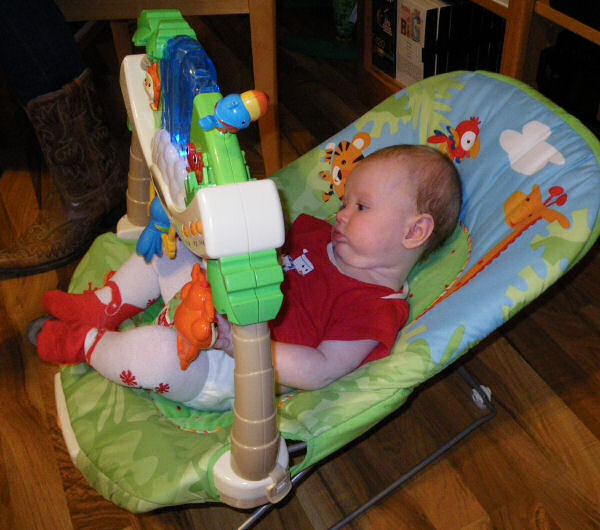 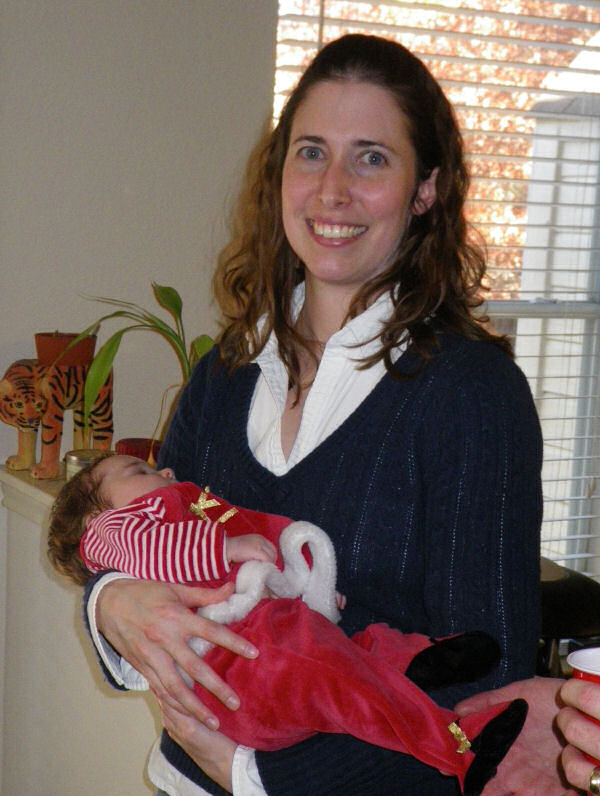 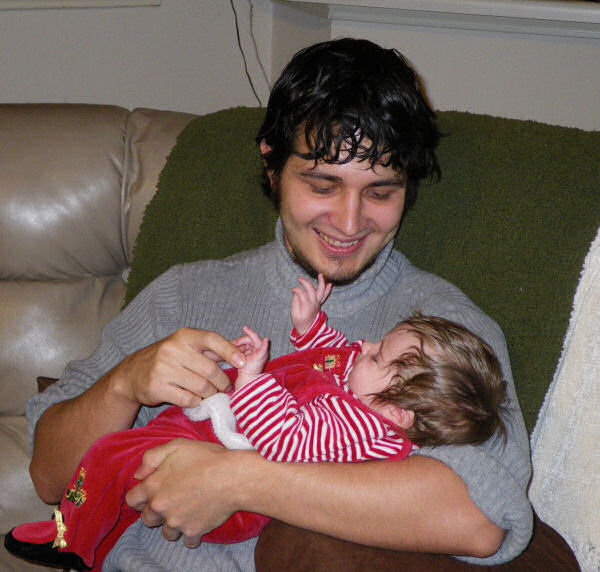