Back in February of this year, a guy came by giving estimates for house painting. It jump-started the new look our house currently sports. I ended up getting four estimates to paint the exterior of our house. We went with one of the two lowest estimates (the two lowest were about the same price). We used Texas Painting Company. It is a small local company. You know it’s small when the owner is the one who comes out to give the estimate. I signed the contract in March and the next day they started prepping the exterior for paint. Initially, we had thought we’d paint in May after we installed some new exterior light fixtures, but Jeff  (the owner) said they could come back after we did that and touch up. I imagine March is a slow period and he wanted to keep his guys working. The crew was very professional. On Thursday, they prepped, which included repairing the bottom of our back patio posts. On Friday, they painted. Then in April, James and our friend Aric replaced the lights by the garage, the front entry, and back patio with dusk to dawn lights. They also installed a new security light on the back of the house. Two weeks later, as promised, Texas Painting came back and touched up by the light fixtures as well as a little on the doors. Overall, I was very pleased with the professionalism and quality of work. I definitely recommend Texas Painting Company to anyone who needs their house painted. They also do interior work. 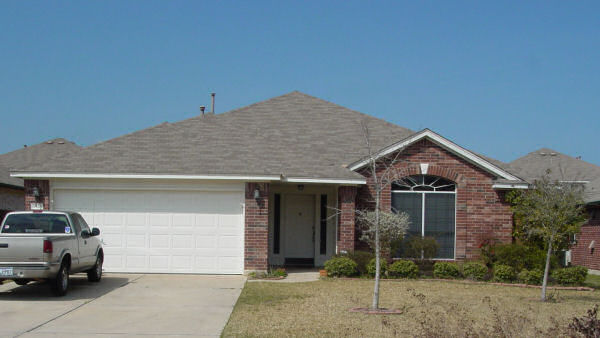 The estimate actually hadn’t included painting the garage door, but they ended up painting it and I’m so glad they did. It really improves the look of the house. 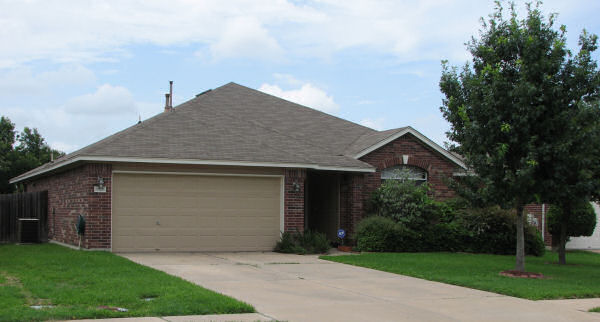 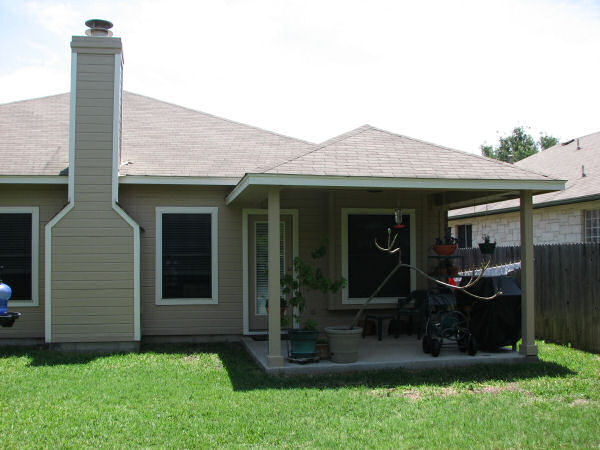 Since I’m showing some before and after pictures, I thought I’d go ahead and show what five years can do to your backyard trees. 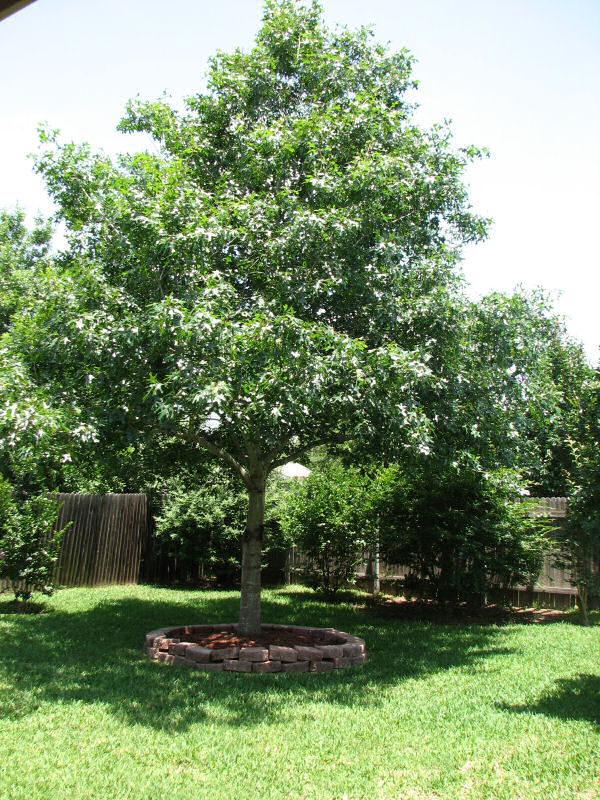 After working in the yard to mow and edge, I always think how park-like our backyard is. Then I go inside. Lately, I’ve actually been spending some time out there playing with Jessica on a blanket in the shade.
« Imaginisce July Sketch
Baby’s First Bath Layout »

3 thoughts on “A Fresh Look for Our House”