On Monday, I posted a layout of Jessica looking up in the sky at a motorized paraglider. I mentioned that I hoped to do another coordinating layout with the rest of the pictures from that trip to the playground. Well, here is that layout. 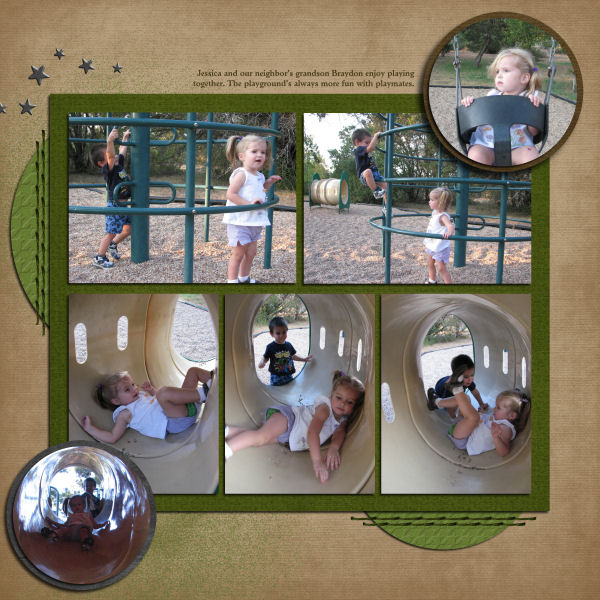 This next layout is for my parent’s Canadian Rockies trip album. I wanted to share it, because I’ve always felt it weird to do a scrapbook page with no pictures. Well, this page has no pictures and I don’t think it’s weird. Due to the fog, my Dad didn’t take any pictures, but I wanted to include the skyride tickets and some journaling so they wouldn’t forget they did try to see skyline views of Vancouver.

Lower journaling spot reads: Fog covered the view during the skyride and it was like being in a cloud at the top. It was rather disappointing to miss seeing the Vancouver skyline and Pacific Ocean from such a vantage point.

Do you like my arrows? I made those elements myself using paper from the kit and punches in my software. I especially like the circles I punched out of the arrows to allow the map to peak through. 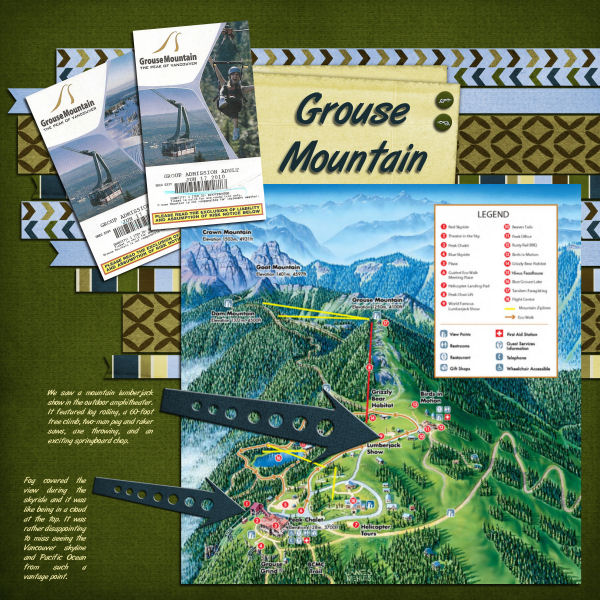 Thanks for stopping by and have a fabulous day.

« Look! Up in the sky.
September Sketch for You to Try »

3 thoughts on “A Few Layouts”