Today, I’m showcasing a couple of different Connie Prince products.  First up the Mouse the House series. This contains two full kit:s He’s the Mouse and a girly version called She’s a Mouse. There’s an extra paper pack that coordinates with both of them. There are also flair packs, journal cards, cluster packs, pre-deco paper packs, and border clusters. 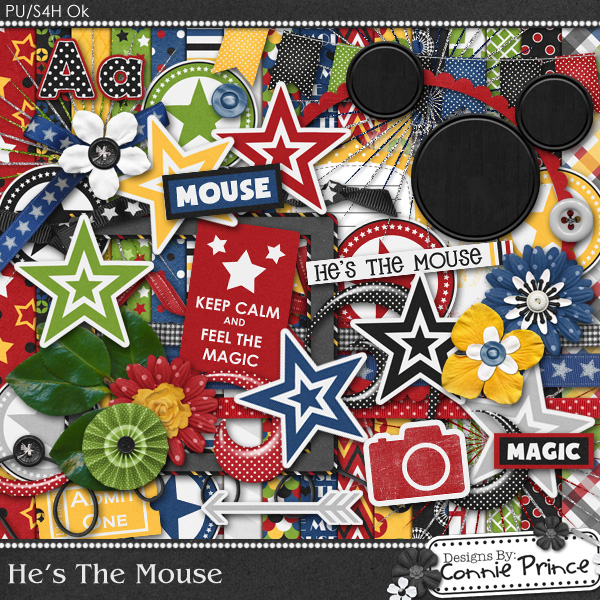 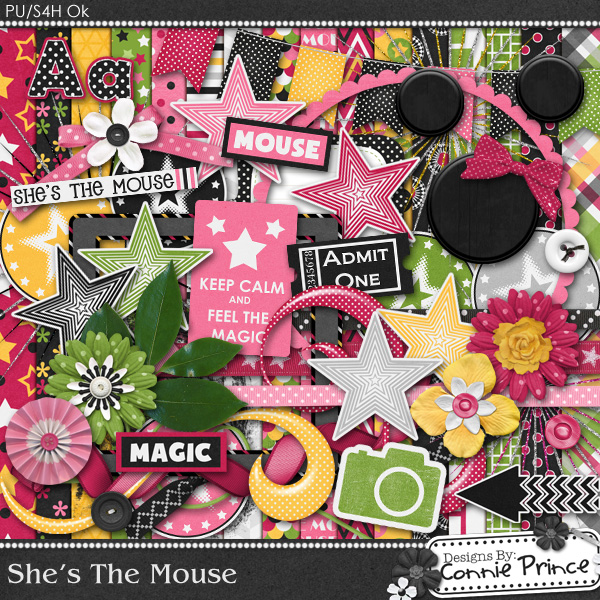 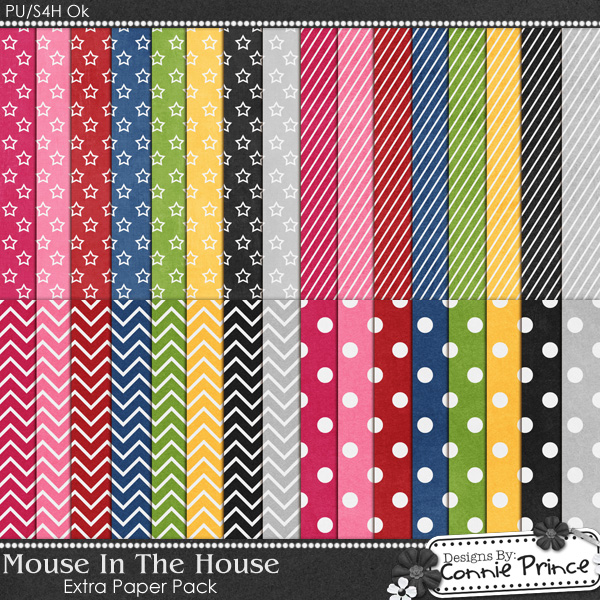 Kickstarters Vol 3 is part of February 2014 Template Bundle and I used one of the kickstarters in my second layout. 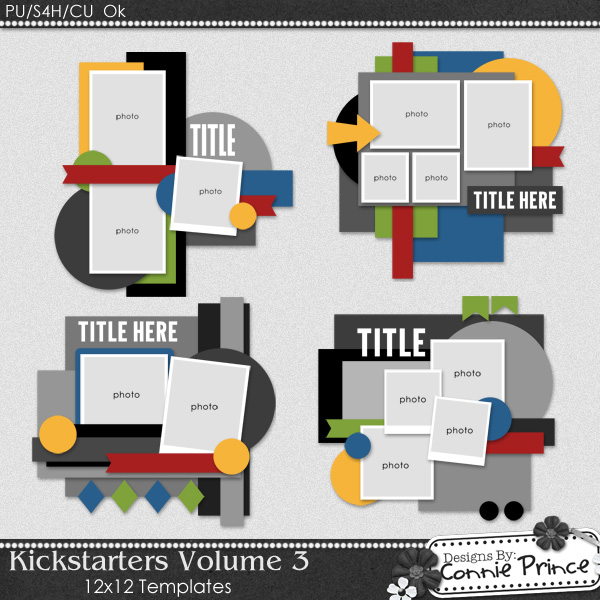 Both of my layouts of from our January 2013 Disney cruise, specifically the day we went to Magic Kingdom. Looking at the photos makes me want to go back.

Journal on the first layout reads: Our bus ride to the Magic Kingdom left the cruise ship terminal in Port Canaveral at 7:45 AM. This allowed us to arrive right as the gates to Magic Kingdom opened for the day at 9 AM. The drive went quickly as we watched fun retro Mickey Mouse cartoons on the bus TV monitors. 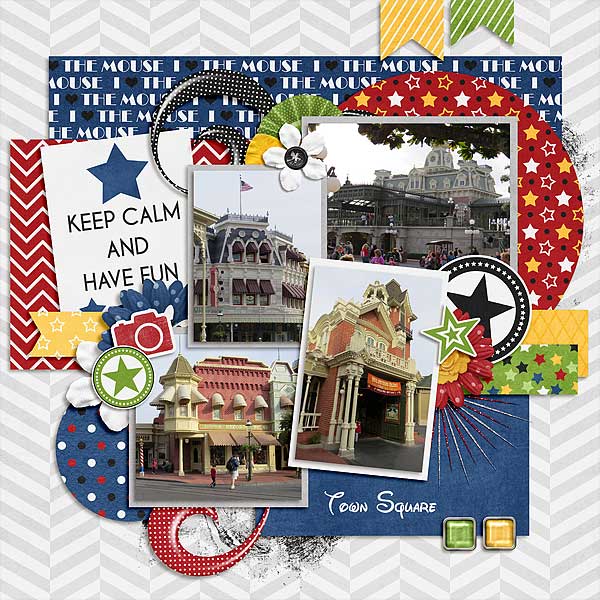 I’m attempting to get over an ear infection. Jessica had one last Monday and she cried and was miserable until Ibuprofen kicked in. Saturday, I understood how she felt. Ear infections are not fun. I’m looking forward to my hearing going back to normal and the dizziness going away. Hopefully, you’re week is starting off better than mine.