Come July, summer is in full swing and many of us are too busy making memories to devote a lot time to scrapping. That’s where My Life… July comes in. This month’s installment of the popular My Life series features heavy amounts of red, white, and blue – perfect for scrapping the 4th of July. With plenty of patriotic elements in this kit, there’s no need to shop your stash. But July is more than just one night. This kit has plenty of patterned papers, journal cards, planner bits, and more to coordinate your entire month’s scrapping. A skinny alpha, calendar page, and quick page round out the kit so your month will match from start to finish. Get your stories scrapped and get back to living with My Life… July.

Get the bundle at Scraps N Pieces, Gingerscraps, or My Memories

I made a Facebook timeline using a picture of Jessica, Janette and I in our matching patriotic Lularoe.

And then I made a layout of the Shady Hollow 4th of July parade. James’ Mom came Saturday and left Wednesday, so she was able to join us in our celebration.

I’m so excited to be guesting for Connie Prince again this month. Her kits are always so fun. The June 2015 Buffet Sale started yesterday at Gingerscraps! The kit is on sale for $2 and additional packs are $1 each.   Adventure Time is a fun kit that will be great for recording all of your adventures.   Here is a look at the kit and check out the store to see the rest of the coordinating products. 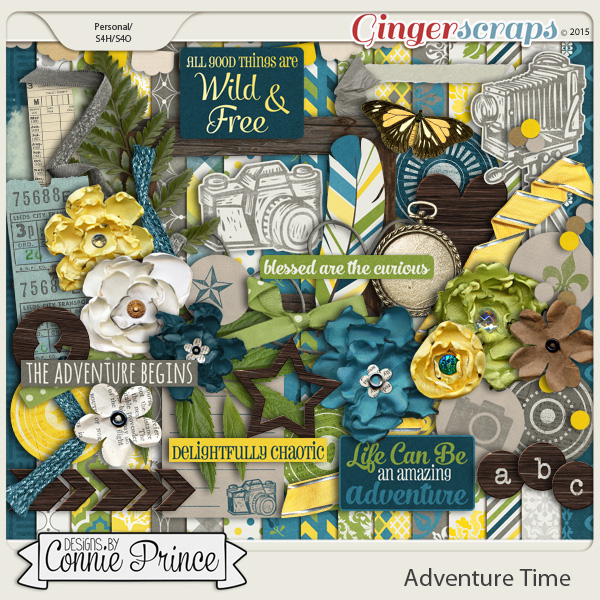 I have a layout about powered paragliders as seen from our neighborhood nature preserve.

Shady Hollow, our new neighborhood, puts on a parade and other activities every year for the 4th of July. We walked to the pool, the end of the line for the parade, and made it just in time to see the classic cars. They were followed by some floats and then sections of decorated kids and adults. Next year, we’ll have to help Jessica decorate her little car to ride in the parade.

VFW Post 3377 presented the colors and we said the Pledge of Allegiance. This was followed by a patriotic reading and a few patriotic songs. Then the parade awards were announced.

A number of people were handing out red, white and blue beads. Jessica picked out some red beads.

The local boy scout troop sold lunch items and the Kiwanis club sold snow cones. James stood in line and got us each one. Jessica seemed to enjoy sharing her Daddy’s cherry snow cone more than my berry snow cone. She really wanted to hold the cup, but we wouldn’t let her.

Sharing a Snow Cone with Daddy

Jessica was then entranced by the square dances. They did a few numbers and then got volunteers to test out their dancing skills. I was one of those volunteers. One of the lady dancers tried to get James, but when she saw me being led off by one of the male dancers, she said sadly “Oh, you have to stay with the baby.” I don’t think James was disappointed. Too bad, he didn’t think to snap a pic of me dancing.