My friend Kristy’s birthday was yesterday and we are getting together for dinner tonight to celebrate. Her favorite color is red and she happens to like penguins and anything Hawaiian. I combined that with Jen’s Sketch For You to Try and came up with this card. On the inside I used the sentiment: Happy Birthday to you, Happy Birthday to you, Let’s swim like a fish and drink like one too! I hope she likes it.

A Birthday Card for Kristy

I got together with my friend Lori on Sunday. One of the things I worked on was a birthday card for Jacey, Jennika‘s little boy. Jennika is the friend who made Jessica the adorable little knited hat with flower, which I just realized I never shared with you. Isn’t that hat adorable? You can get your own at Beany Bling (Jessica is a model there). 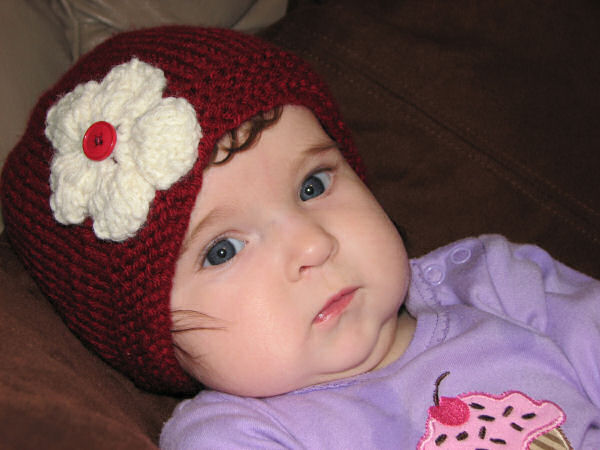 Anyway, Jacey and Lillie’s carnival birthday party is this coming weekend. Jacey likes blue and green and I know that his bedroom is getting a pirate make-over, so I borrowed this stamp set from Lori. I made this card for this week’s Stamp Something Challenge, to make something layered. To qualify for layers (outside of the matted map), I used a technique to give the little pirate boy dimension. I ran him through my Xyron 5″ Creative Station three times. The first two times I adhered him to white cardstock. This made him three layers of cardstock thick. In addition to dimension, this technique provided stability. After the third run through the Xyron, I stuck him to the card. I thought it might be safer for the pirate boy this way once he made it into the hands of soon-to-be three-year-old Jacey.

I ended up making some extra cards, but changed the sentiment. One or more of the extras will go to Operation Write Home. 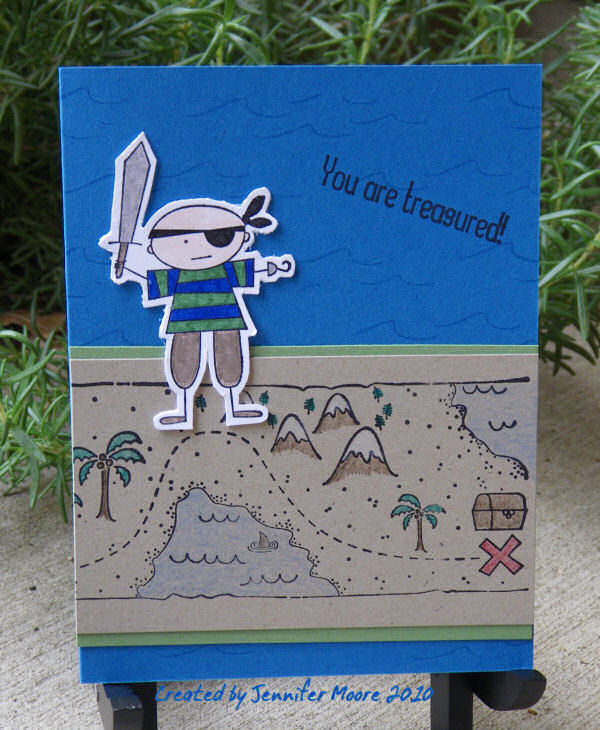 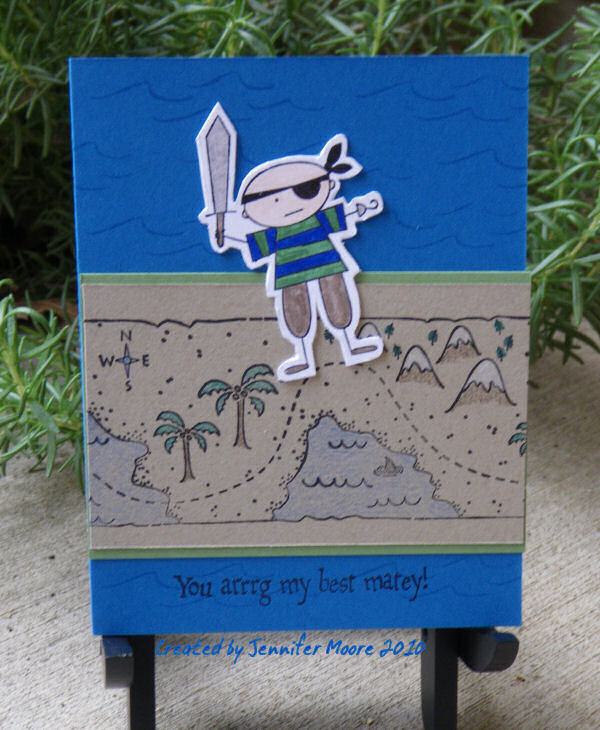 I’m really digging these Tropic sentiments. I bought the tropic set and the 2 coordinating sentiments quite a while back and I finally got around to mounting them on EZ foam so I can use them.

I almost didn’t get around to doing this week’s ATS Challenge #24, because I couldn’t think of a shaped card I wanted to make. Last night I was stamping some images to send off for a new friend and one of the images was this Surfer Riley (ATS used to carry Riley stamps). And it came to me, I should make a surfboard shaped card.  I penciled in the shape  on a 3.5″x8.5″ card and then hand-cut it out. I wish I had some sand to glue to the bottom, but I don’t, so I tried to make it look like sand. Do you think I succeeded? I also added some sparkle to the water with my clear atYou Spica marker. 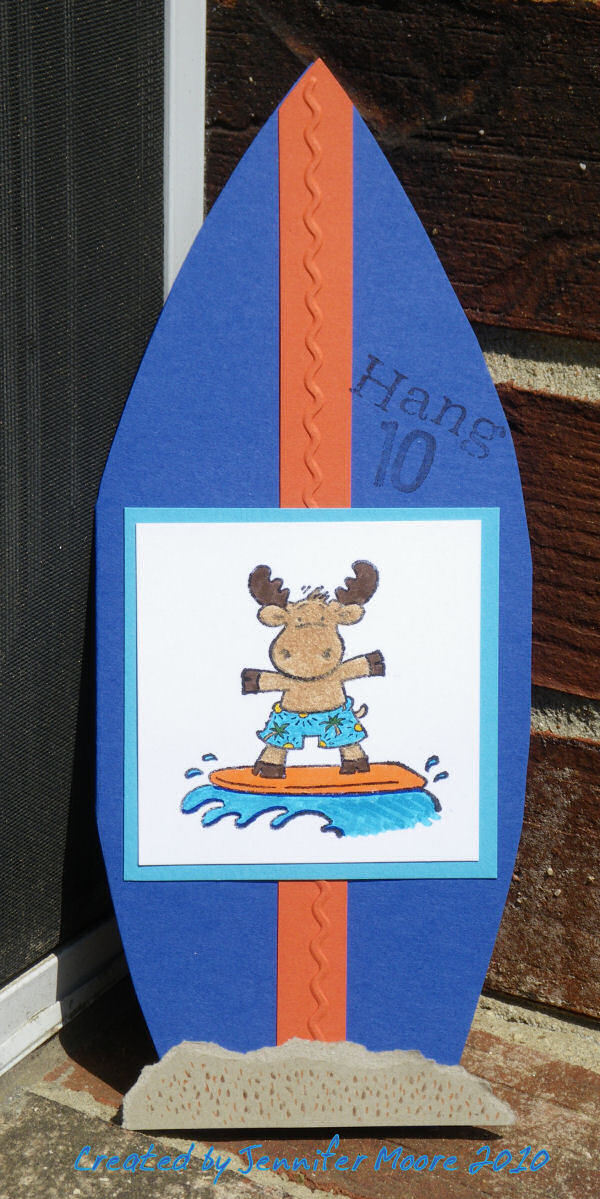