Jessica turned 11 months old last Thursday. I had planned to do a blog post sooner than this (still later, but sooner). However, the server that hosts our website and email was exploited and died. It was down all day Friday and Saturday and part of Sunday. I ended up losing 3 posts (2 already posted and 1 scheduled) along with some comments. It was disappointing to have to rewrite them, although I think the scheduled one turned out better. You’re probably saying, why didn’t you back up? Well, I do personally back up about once a month and the server is actually backed up daily, but they restored to a point prior to the exploit. I am going to try to back up more frequently, but sometimes I forget. Anyway back to the preferred topic of Jessica. 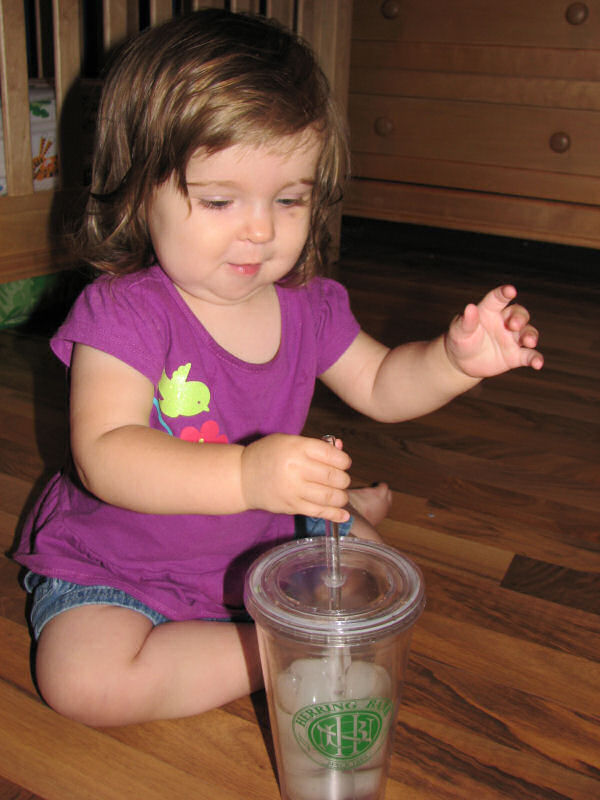 She is a little speed demon on her hands and knees. She moves all over the place. Jessica is also a little mountain goat, always trying to climb things. If I’m sitting on the floor with her in her playroom, she likes to climb on me to climb up on the futon. She walks a fair amount, but only if she is holding on to something like the couch or some of her toys. We had bought one of these toys that she can push and walk behind. As of yet, she hasn’t pushed it and walked behind it, but she has gotten up on her knees and pushed it from that position. 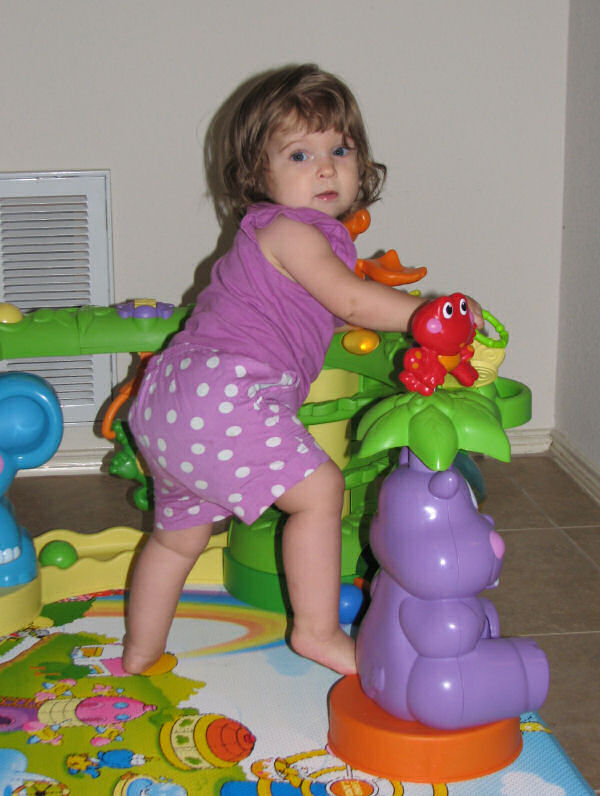 Jessica is quite my little explorer. Sometimes that means exploring the inside of her monkey laundry hamper or climbing into the laundry basket to try to climb into the dryer. 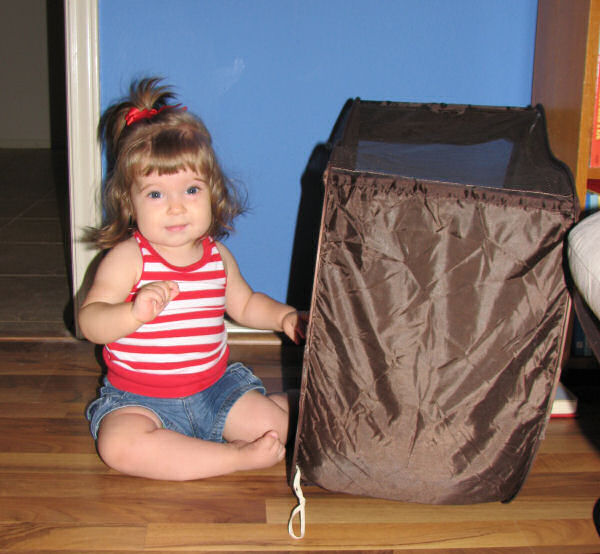 She explores the underside of her exersaucer.

Exploring the Underside of the Exersaucer, 8/23/10

She has also explored my tupperware cabinet and I don’t know how I feel about that.

Jessica loves to play and can play by herself quite well. She doesn’t have a favorite toy. She enjoys her crawl ‘n’ cruise jungle as much as her swim toys as much as the free fire hat from Firehouse Subs. 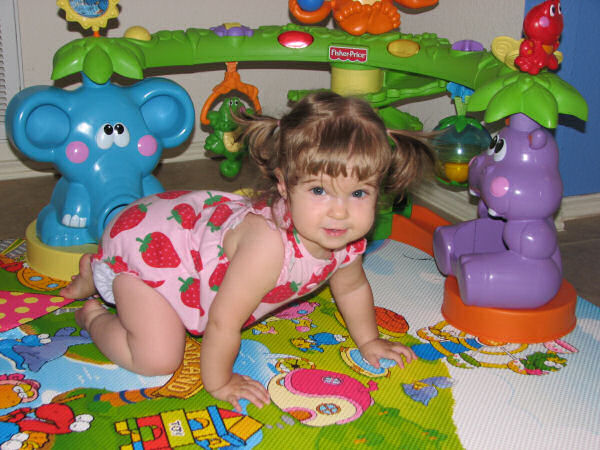 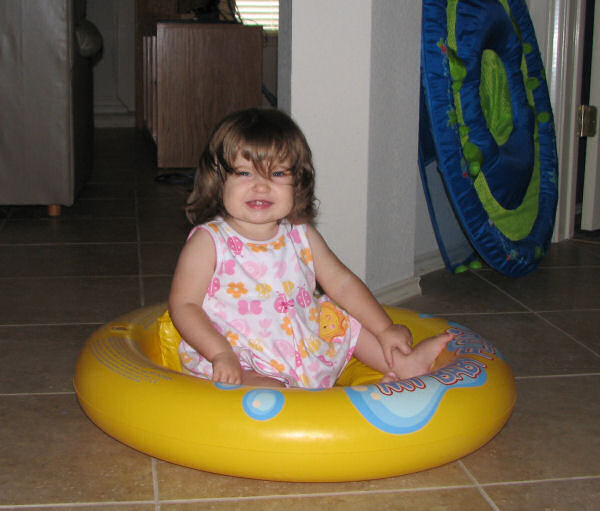 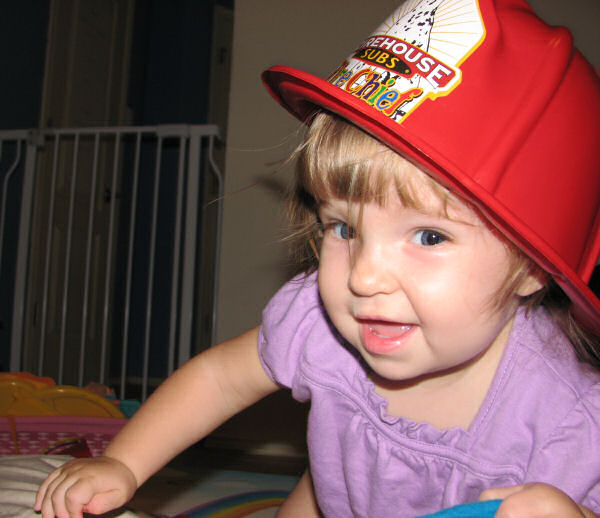 We’ve been trying to see if she has a favorite stuffed animal to sleep with at night and comfort her when she is upset, but alas, most of the time, she just pushes them aside.

What Jessica is Wearing

Yesterday, I started packing up most of her 6-9 month clothes. She can still wear the 6-9 month dresses, so I haven’t packed those up yet. Outside of dresses, she is wearing 9-12 month clothes. Although some of the one piece outfits are getting snug in the length. She seems much skinnier than she used to and I attribute that to being so active. But don’t worry, she still has the cutest little chubby tummy. 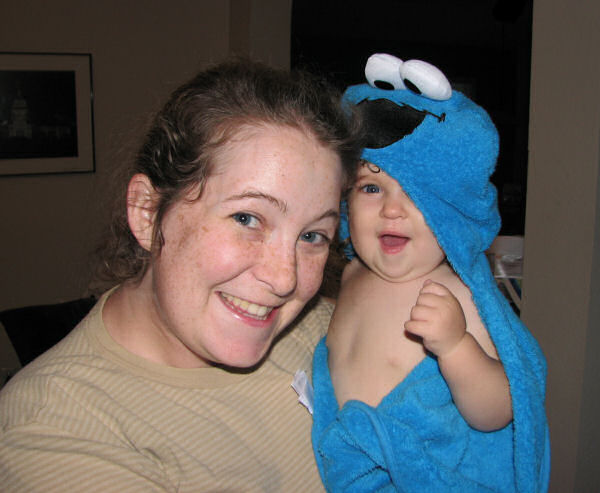 Since about 9.5 months old, I’ve been trying to get her accustomed to shoes, primarily this pair of little white size 2 sandals. I’d put them on her feet and see how long she’d last. Most of the time, she got upset as soon as I set her down in them. I recently switched to a pair of little brown size 3 shoes with flowers on them. Since they’re closed toe shoes, I put socks on first and I don’t know if it was the size difference or the socks, but she loves wearing her shoes now. Although she will try to eat them while she’s wearing them. 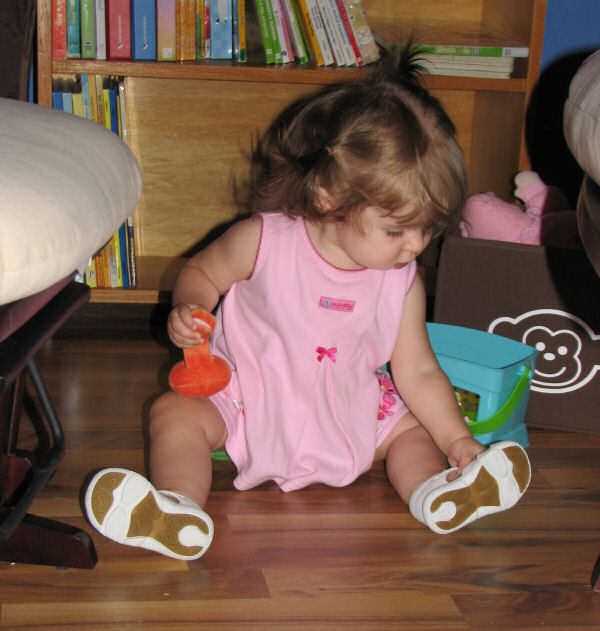 Jessica still has just four teeth, although it seems like she has been teething the entire month, just nothing to show for it. 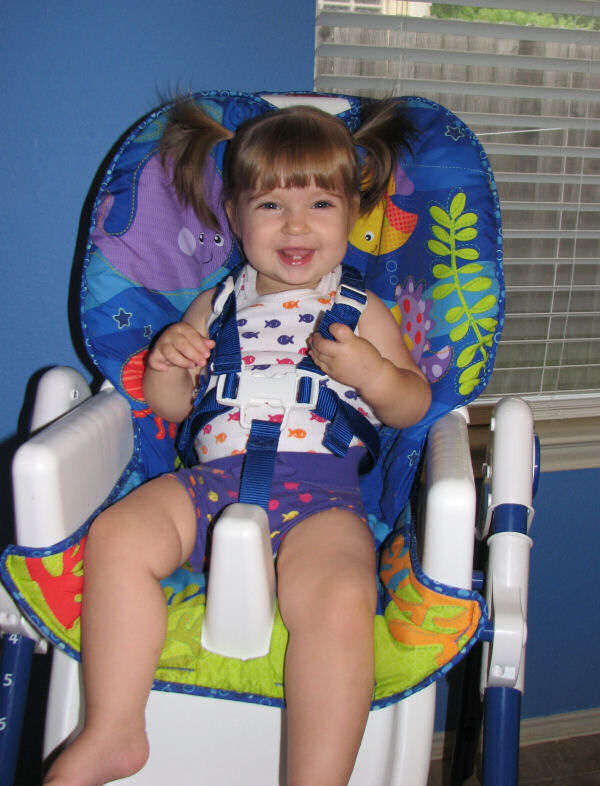 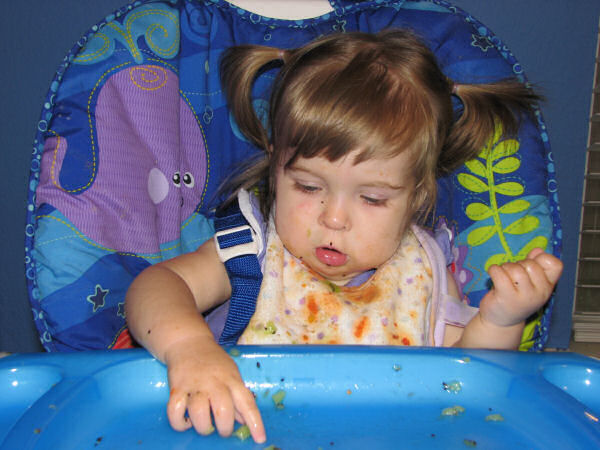 In the last two weeks, she has started feeding herself. I put food on the spoon and then she will take the spoon and put it in her mouth. It is fun watching her feed herself. Sometimes she won’t eat now if you try to feed her, but as soon as you let her have the spoon, she’ll eat it up. 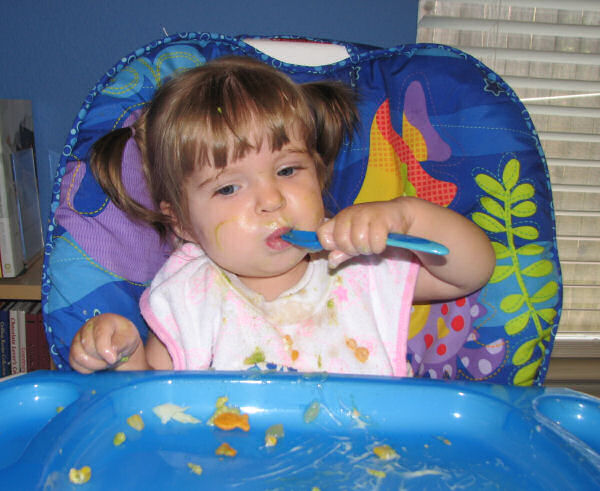 I will warn you that the 1 year post will be late as well. Her 1 year check-up isn’t until the 19th, because apparently insurance and vaccinations won’t let you have it even 1 day earlier than her birthday and her birthday is a Saturday.  Don’t worry, there will be multiple posts relating to her birthday.